May 7, 2020 Roberto Rosas
BuzzFeed News has tapped Mark Schoofs to serve as editor in chief beginning May 18. He will oversee a global news organization that reaches tens of millions of people each month and features award-winning reporting across tech, politics, culture, investigations, science, and international. He currently serves as a visiting professor at the USC Annenberg School for Communication and Journalism. No stranger to BuzzFeed, Schoofs previously launched the BuzzFeed News's investigations team in 2014. In his more than 30 year run in journalism, Schoofs has won a Pulitzer prize for his coverage on AIDS in Africa at The Village Voice, as well as shares a Pulitzer prize for his coverage in The Wall Street Journal on the 9/11 terrorist attacks.
Graham Brink of the Tampa Bay Times has been promoted to editor of editorials beginning June 1, succeeding Tim Nickens who plans to retire at the end of May. He has most recently been a business columnist for the Times'. Brink joined the paper in 1997 as a reporting intern covering local news, and following ten years of reporting he moved to an editor role where he covered numerous stories such as the Great Recession, hurricanes, multiple police shootings and government corruption.
The Hanford Sentinel has announced the promotion of Parker Bowman to managing editor. He most recently had been working as an assistant content editor for the Sentinel covering local news stories, having been with the paper since December of 2017.
WARH-FM , "106.5 The Arch", in St. Louis, Missouri, has debuted a new morning show with familiar on air talent.
Kendra Douglas has joined the NBC affiliate in Orlando, Florida, WESH-TV, as a sports reporter and anchor. She most recently served as a sports anchor and reporter at the NBC affiliate in Wichita, Kansas, KSNW-TV, where she spent nearly two years. Douglas has also worked as a general assignment reporter for Spectrum News based in Wilmington, North Carolina, as well as a writer for SB Nation where she produced articles about the UNC and Duke University women’s basketball teams and interviewed university coaches and athletes.
KSL-TV, the NBC affiliate in Salt Lake City, Utah, has promoted Dan Rascon to a weekend anchor, taking over from 40-year veteran anchor Keith McCord who has announced his retirement. Rascon has been with KSL-TV since March 2019, prior to that he had been with CBS affiliate KUTV-TV where he spent more than 20 years. In those 20 years Rascon covered numerous stories such as devastating fires and earthquakes in California to the Oklahoma City Bombing trial in Denver, to the 9/11 terror attack in New York City, to the five week Elizabeth Smart Kidnapping trial in Salt Lake City.
Join the Coronavirus Outbreak List
The coronavirus (COVID-19) is a viral epidemic of global concern, with direct repercussions for healthcare, trade, travel, and beyond. If you're seeking related content for this ongoing incident, get added onto Cision's list for coronavirus coverage and receive relevant information about the Coronavirus Outbreak direct from PRs.
To join the Coronavirus Outbreak contact list, please email medialists@cision.com, putting ‘Coronavirus’ in the Subject, and ‘Subscribe’ in the email body. Journalists can choose to update their details at any time, and even ask to be removed at a later date.
Additionally, if you’re looking for PR help with Coronavirus Outbreak-related editorial (interviews, expert comments, etc.), use our free HARO service to send call outs to PRs. Find out more by visiting www.helpareporter.com
Read More Daily Media Moves on the Cision Media Blog
Events: Do you have an upcoming media industry event you want to share? Email us.
Jobs: You can search and advertise a range of vacancies with us, whether it's a permanent, contract or freelance position.
Media Moves: Keen to shout about a new job, change of beat, new launch or pick up some commissions? Email us.
For commentary and  coverage on the intersection of journalism, emerging media and blogging, visit Cision’s Beyond Bylines blog.
The Cision research team makes over 20,000 media updates to our influencer database each day! If you have a media move, send it to mediamoves@cision.com. Also, follow us on Twitter at twitter.com/media_moves.

Organizations need to build the infrastructure for executive crisis communication in advance. Here are the ... 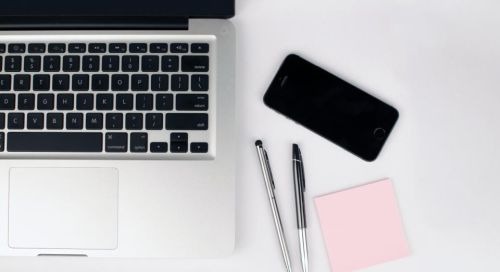 Owen Walker is appointed European Banking Correspondent for the FT; AltFi has been acquired by ETF Stream; ...