Emily Schmall has been named staff correspondent for The New York Times, and she will be based in New Delhi. She comes from the Associated Press where she was the South Asia correspondent in New Delhi for two years. She had been with the AP since 2014 and before that worked at The Times as a stringer out of the Buenos Aires bureau. Schmall has also reported for Reuters and Forbes.

The Journal & Courier daily newspaper in Lafayette, Indiana, has welcomed Allie Kirkman as a reporter covering local news in the greater Lafayette and Purdue University area. She was most recently an education reporter for the South Bend Tribune and has previously worked for The Times of Northwest Indiana, Associated Press, and The Commercial Review.

Award-winning financial journalist Janet Alvarez is the new deputy business editor for The Philadelphia Inquirer. She continues being a regular CNBC and Telemundo contributor. Her work focuses on financial literacy, democratizing investing and personal finance, and bridging the divide between Wall Street and Main Street. Alvarez previously served as the weekend anchor for WHYY/NPR in Philadelphia and the director of news and social media for Univision Communications.

The Washington Examiner has hired Greg Wilson as its new managing editor, effective Oct. 26. He was previously the managing editor at FoxNews.com for four years and had been on staff at the network since 2012. Prior to that, Wilson worked at NBC News and the New York Daily News.

"Actionable Intelligence with Eric Greitens," the nightly program airing at 6 p.m. ET on Real America's Voice Network and made its debut Oct. 20, has hired Matt Bailey as the showrunner. He was previously the guest booker at Newsmax TV. "Actionable Intelligence" is hosted Hosted by former Missouri Gov. Eric Greitens and provides news and insight on America's history.

Kristen Herrmann has been promoted to program director of WBEN-FM (95.7 BEN FM) in Philadelphia. Most recently, Herrmann served as the station's morning show and afternoon host for four years. She joined the staff in 2012 and has previously worked for WMMR-FM .

WCKN-FM (92.5) country radio in Charleston, South Carolina, has shifted its lineup by adding a new midday host and segueing another:

Stefan Holt has returned to NBC-owned WMAQ-TV in Chicago after four years away. He co-anchors weekdays with Marion Brooks at 4 p.m. and Allison Rosati at 10 p.m. He was most recently at WNBC-TV in New York, and prior to that spent five years as the morning news anchor at Chicago's NBC 5. 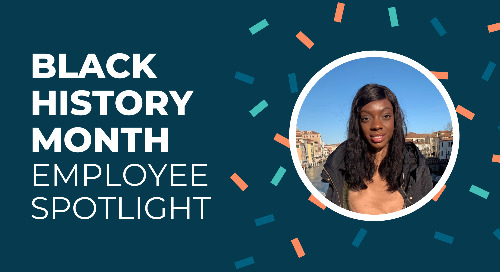