However, many pundits and media outlets said before the debate that the 2020 vice-presidential debate matters. Considering Trump and Biden are the two oldest presidential candidates in history, being the successor to the world’s most important job is significant. Last night was the first- and only- opportunity for Vice President Mike Pence and Senator Kamala Harris to demonstrate their presidential qualities.

Determining a winner is very subjective as voters hear what they want to hear. Post-debate polling demonstrates exactly that. According to a CNN Poll, 59% of voters said Harris won, while a Drudge poll showed 71% of respondents said Pence won. When looking at the national media at a whole: of the coverage captured, 54% of publications declared Pence the winner, 40% said Harris won, and 6% did not designate a victor.

Overall, 62% of local media publications in swing states declared Pence the winner. But interestingly, based on the 2016 electoral map – if Biden/Harris flipped Arizona, Georgia, and North Carolina while all other states Trump and Clinton won remained unchanged – Biden would win the presidential race with 274 electoral votes. 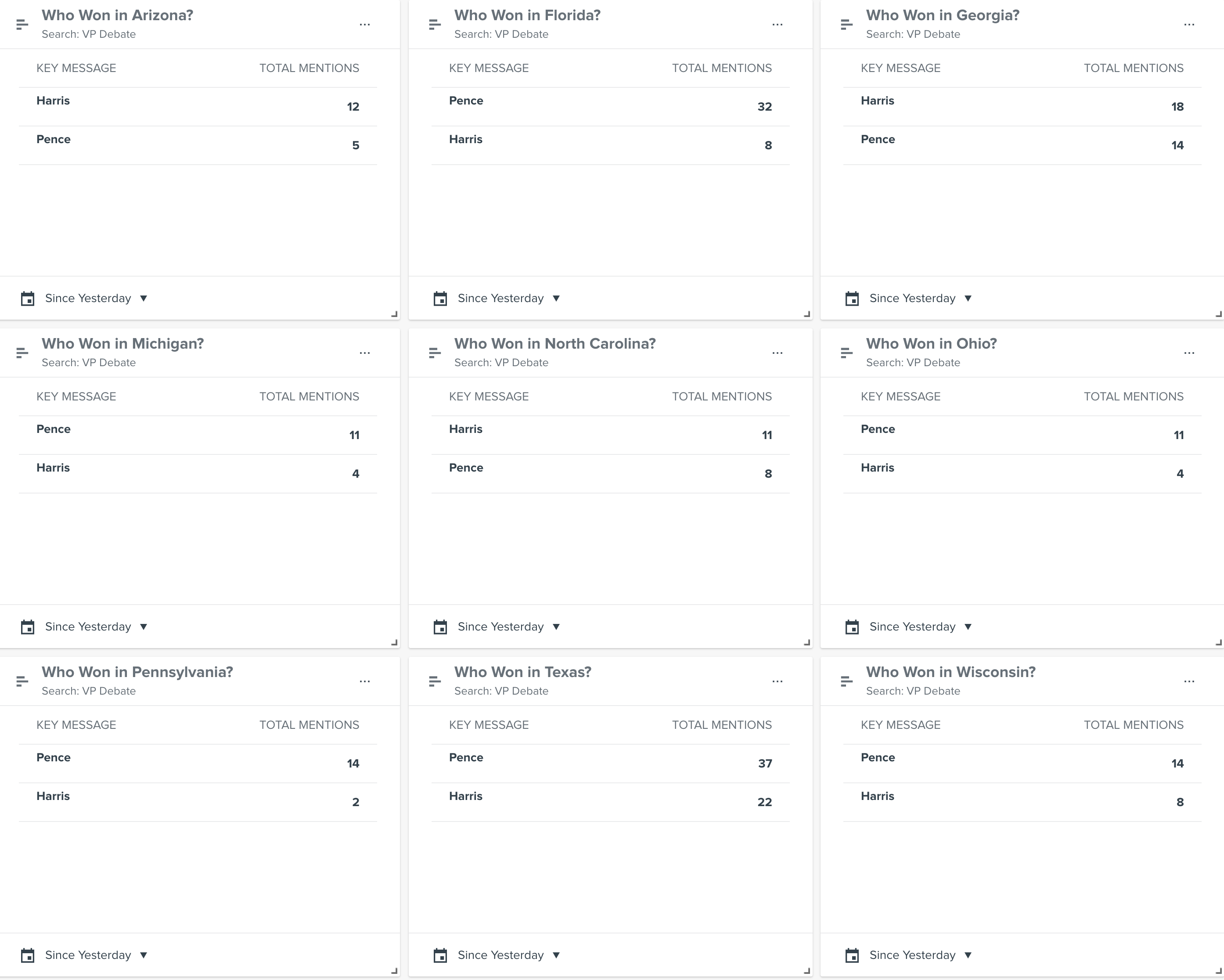 The vice-presidential debate covered nine issues. This analysis will focus on the three of the top voting issues, as defined by Pew Research: the economy, COVID-19, and the supreme court.

Of the core issues, COVID-19 received the majority of coverage with 51% of the share of voice. The supreme court and the economy were nearly equal, with 25% and 24% of the coverage. Healthcare received the least mentions with 13%. 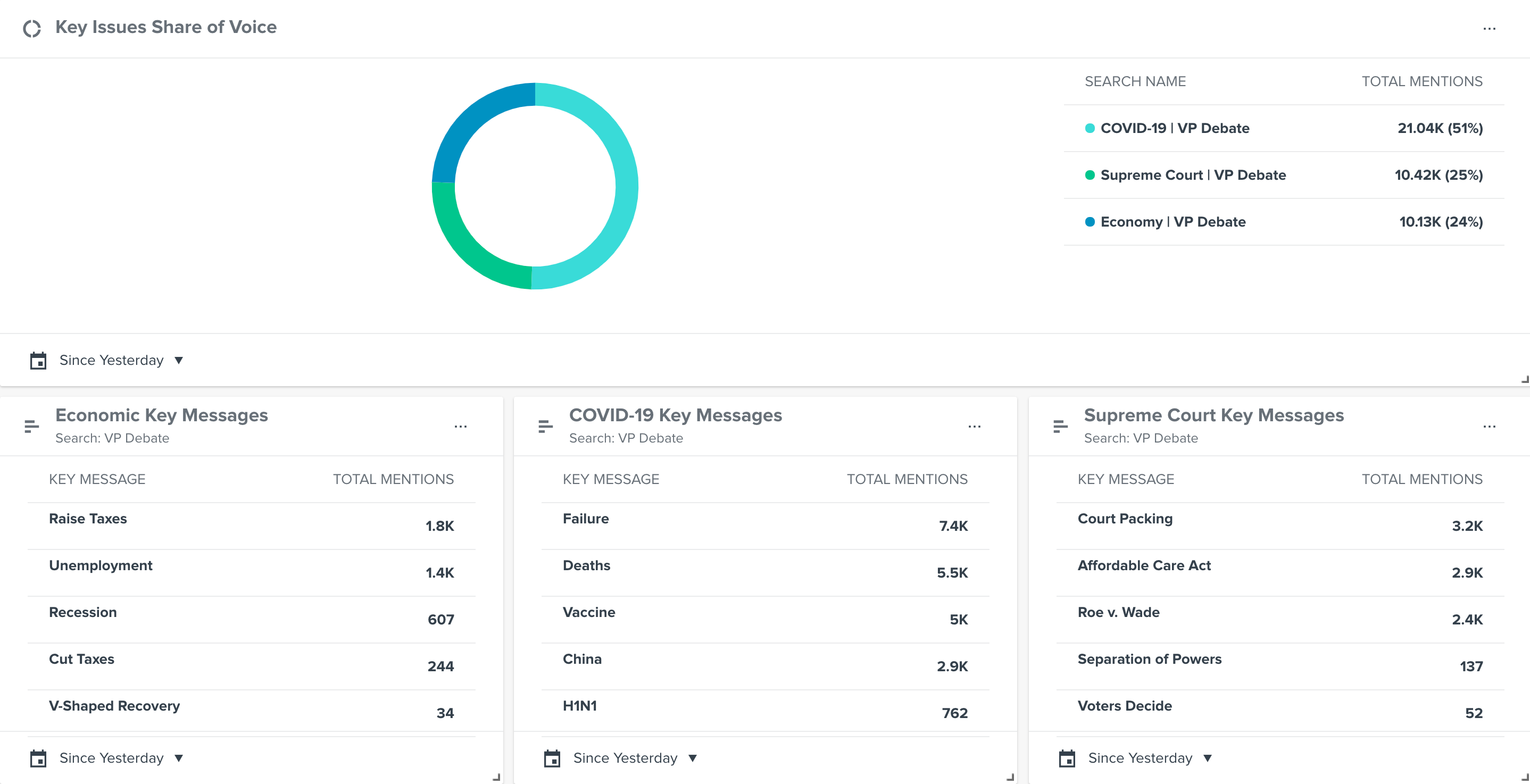 Days after President Trump's COVID-19 hospitalization, and as the United States experiences yet another spike in COVID-19 cases, the pandemic dominated the debate coverage. Consistent with past coverage, the media focused on the “failure” of the Trump administration to contain the virus, which has resulted in more than 210k American deaths.

Harris hammered that point – calling Trump’s virus response the “greatest failure of any presidential administration.” Pence, the Head of the Coronavirus Taskforce, defended his administration by highlighting Trump’s decision to suspend all traffic from China while blaming China for the outbreak, offered optimism and a timeline for the pending vaccine, and criticized the Obama demonstration’s response to the 2009 H1N1 outbreak.

When it comes to the economy, “unemployment” and “the recession” have garnered the most coverage since we began this analysis. These economic conversations obviously do not bode well for the Trump campaign considering the economy is Trump’s flagship message. In the debate, Pence did a good job shifting the narrative to taxes; “raising taxes” was the most covered economic message. Unemployment was still frequently discussed, however.

The most contentious issue of the election is the Supreme Court. As Amy Coney Barrett’s Supreme Court confirmation hearing is scheduled to begin on October 12th, two distinct messaging strategies have emerged. Pence successfully deflected the controversy of confirming a Supreme Court Justice less than a month a way from the election by pressing Harris to answer the question – “will a Biden administration pack the Supreme Court?” As a result, Harris deflected the question and “court-packing” received the most coverage. Harris’ message of “voters should decide” was significantly less effective. However, Harris did successfully highlight the risks to Americans of a conservative majority as it relates to the legality of the Affordable Care Act and Roe v. Wade.

What about that pesky fly?

Toward the end of the debate, a fly landed on Pence’s head and stayed visually put for about two minutes. Before the debate ended, “The Fly” was trending across on Twitter, generating more than 400,000 tweets. It received significant media coverage as well. In fact, the “the fly” received more coverage than healthcare, climate change, racial inequality, law and order, foreign policy, and election integrity.

Want more? Here are the top election focused press releases distributed by Cision PR Newswire from the past week: 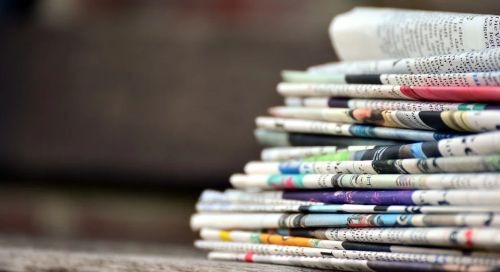 Stella Bugbee steps down from The Cut, Elena Cherney promoted at The Journal, and more. 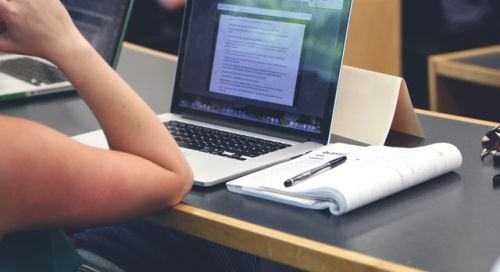