BBC Radio 2
Claudia Winkleman (@ClaudiaWinkle) will take over from Graham Norton as the new host of the 10am-1pm Saturday slot at BBC Radio 2. Claudia will begin presenting the new programme in February.

The Big Issue
Steven MacKenzie is now Deputy Editor at The Big Issue. Steven has worked for the magazine for close to a decade and was made Features Editor in 2016. He can be found on Twitter @stevenmackenzie

Business Insider
Dr Catherine Schuster-Bruce has joined Business Insider in London as a UK Healthcare Reporter. Catherine is a UK-trained medical doctor and now heads up Business Insider’s health coverage for the UK and Europe. She can be reached via email and can be found tweeting at @drcatherinesb

Cavendish Press
Douglas Whitbread will be joining Cavendish Press at the start of January as a Reporter. Douglas, who is based in Manchester, is a journalist, copywriter and photographer. He can be found on Twitter @dpwhitbread

Contentive
Rachel Muller-Heyndyk is now a journalist at Contentive. Rachel works across the finance division, including Financial Director, Accountancy Age, Bob's Guide, and Global Treasurer. She can be reached via email and is also on Twitter @rachelmullerh

EUPHORIA.
Hedy Phillips has joined EUPHORIA. magazine as Digital Editor. Hedy is also a Freelance Entertainment and Lifestyle Writer and contributes to POPSUGAR, Cosmopolitan and InStyle, among other titles. Hedy can be found on Twitter @justhedyj

Future
The Future titles womanandhome.com, myimperfectlife.com and goodtoknow.co.uk have appointed a digital news team. Lydia Swinscoe leads the team as Digital News Editor reporting to Digital Content Director Holly Boultwood.  Lydia would like to be updated with PR news regarding travel, food, beauty, art, wellness and current affairs. The rest of the team are as follows:

Fiona and Lucy would like to be updated with beauty news and launches. Selina and Emma are interested in all news across the lifestyle & celebrity sector including, fashion, royals, TV, books, health and wellbeing as well as exclusive interview opportunities.


GRAZIA
Bonnie McLaren is now Senior Entertainment Writer at GRAZIA UK, working across both the magazine and website. Bonnie was previously Digital Showbiz and Culture Writer for the title. Find her on Twitter @bonaldmcdonald and Instagram @bonaldmcdonald

Leesman Insights
Jamie Harris has been appointed Editor of Leesman Insights, effective 30 November. Jamie, who previously worked for the Assemble Media Group, will be managing and editing the Leesman Review and all editorial content on the website. He can be found tweeting at @jamiehwriter

Newsquest
Kirsten Robertson is now a Reporter for the Newsquest titles the Gazette and Herald and the Wiltshire Times. Kirsten, who joins them from The Press and Journal, can be found on Twitter @kirs10robertson

Oxford Mail
Samantha King has joined the Oxford Mail as Digital Audience and Content Editor. Samantha was previously a Reporter at LancsLive and has also worked at talkRADIO and Schools Week. She can be found on Twitter @KingSamantha_

The Sun
Health Reporter Vanessa Chalmers has moved to The Sun from MailOnline. Vanessa, previously a Food & Lifestyle Journalist at Healthista, can be found tweeting at @vanessachalmers

The Times
Guardian Political Correspondent Simon Murphy will be joining The Times in February as Social Affairs Editor. Simon has been with The Guardian since late 2018 and prior to that was at The Mail on Sunday. He can be found on Twitter @murphy_simon

that’s life!
Jamie Blue Mountain has joined that’s life! as Associate Editor. Jamie, who was previously Deputy Editor at PA Real Life, can be reached on his Bauer Media email address. He can also be found on Twitter @bluemtjourno Instagram @bluemountainjourno

WIRED UK
Adam Speight has joined WIRED UK as a Product Writer. Adam was previously Reviews and Evergreen Writer for Recombu and Trusted Reviews and can now be reached at his Conde Nast email address. Find him tweeting at @_adamspeight

Freelance Update - Tanyel Mustafa
Freelance Journalist Tanyel Mustafa has just joined Metro Lifestyle as a Freelance Writer and is open to hearing about news and trends across lifestyle areas such as beauty, wellbeing, relationships, fashion and more. She can be found on Twitter @tanyelmustafa

Fanpage
Diana Letizia is now Web Editor for the Italian news website Fanpage. She previously held the same role at the Italian national daily newspaper Il Secolo XIX. Diana can be found on Twitter at @dianaletizia

TGR Lombardia
Federico Zurzolo is now Managing Director of TGR Lombardia, one of the regional news programmes of the Italian national broadcaster RAI. Previously Deputy Director of Giornale Radio, he replaces Loris Gai. Federico can be found on Twitter @federicozurzolo 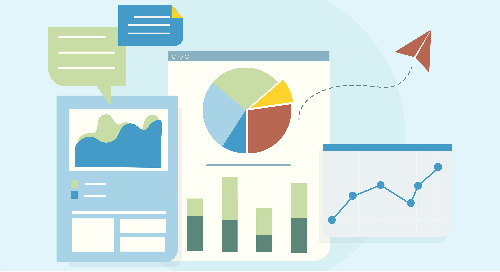 It's AMEC Measurement Month, but we don't need an excuse to talk on the subject! Here's how you should be m...