Rex Maynor has been named publisher for The Natchez Democrat, Natchez The Magazine, The Brookhaven Daily Leader, Brookhaven Magazine, the Prentiss Headlight and related digital platforms for those outlets, all of which cover news and lifestyle in the Southwest Mississippi area. Most recently, he was the publisher at The Branson Tri-Lakes News for a little under two years. Prior to that he spent more than five years as publisher for The Opelika-Auburn News, and before that as the publisher for The Stillwater News Press as well as the student newspaper from Oklahoma State University.

The New York Times has promoted Vivian Yee to serve as the Cairo bureau chief. She's upped from her current role as a Middle East correspondent based in Beirut, Lebanon, where she has held that role for more than a year. Yee has been with The Times since 2012, originally as a reporter covering New York politics and New York City, and then covering immigration policy and impact for the National desk.
Bloomberg Technology has tapped Priya Anand to cover startups and venture capital amid the worst economic downturn witnessed by Silicon Valley. Serving most recently as a reporter for The Information, she covered Amazon and E-commerce for more than two years. Prior to that Anand worked as a transportation reporter for Buzzfeed based in San Francisco. She's also covered cybersecurity as it related to the finance industry for MarketWatch, as well as  municipal bonds for Bloomberg News.
Saloni Sardana has joined Business Insider as a markets reporter. She previously served as a features writer for the Financial Times, covering pensions, insurance, regulation, investments, mortgage features for FTAdviser.com and Financial Adviser. Sardana has also held roles at Verdict as a private banker international reporter, at Reed Business Information as a commodities market reporter among others.
WCTV-TV , the CBS affiliate Tallahassee, Florida, has hired Joey Lamar as sports director. He most recently held that same role at the CBS affiliated KXMB-TV in Bismark, North Dakota, for more than three years. Lamar has also spent time at KFBB-TVin Great Falls, Montana, and WFXL-TV in Albany, Georgia, as a sports anchor and reporter at both stations.
WWOF-FM in Tallahassee, Florida, has shuffled its weekday schedule:
Cision List - Coronavirus
The coronavirus (COVID-19) is a viral epidemic of global concern, with direct repercussions for healthcare, trade, travel, and beyond. If you're seeking related content for this ongoing incident, get added onto Cision's list for coronavirus coverage and receive relevant information about the Coronavirus Outbreak direct from PRs.
To join the Coronavirus Outbreak contact list, please email medialists@cision.com, putting ‘Coronavirus’ in the Subject, and ‘Subscribe’ in the email body. Journalists can choose to update their details at any time, and even ask to be removed at a later date.
Additionally, if you’re looking for PR help with Coronavirus Outbreak-related editorial (interviews, expert comments, etc.), use our free HARO service to send call outs to PRs. Find out more by visiting www.helpareporter.com
Read More Daily Media Moves on the Cision Media Blog
Events: Do you have an upcoming media industry event you want to share? Email us.
Jobs: You can search and advertise a range of vacancies with us, whether it's a permanent, contract or freelance position.
Media Moves: Keen to shout about a new job, change of beat, new launch or pick up some commissions? Email us.
For commentary and  coverage on the intersection of journalism, emerging media and blogging, visit Cision’s Beyond Bylines blog. 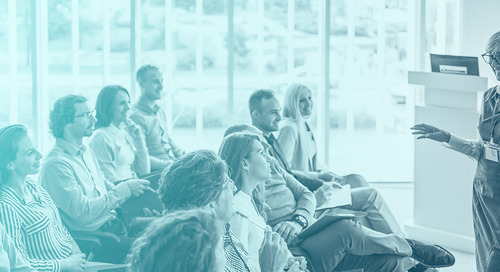 Welcome to Take 5 with Cision— it's five quick questions on PR, the state of the industry, and how it inter... 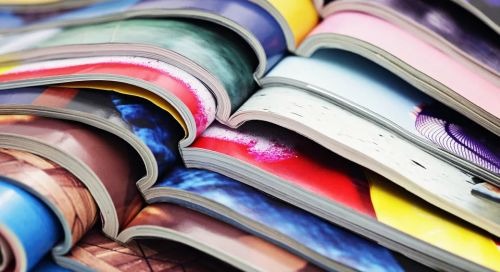