Shawn Carter is a new writer for the Grow vertical at CNBC, covering personal finance, the stock market, and consumer spending habits. Carter returns to CNBC from Fox, where he wrote for Fox News and Fox Business. Prior to this, he was a money reporter for CNBC's Make It brand, and before that, was managing editor for Healio's O&P News.

Adveith Nair was promoted to Gulf bureau chief for Bloomberg News, based in Dubai, overseeing news for UAE, Qatar, Kuwait and Oman.  Nair most recently served as senior editor for the EMEA News Desk in London for Bloomberg, and has covered multiple roles since joining the news service in 2012.  Prior to this, Nair worked for Reuters in Bangalore and London, covering energy companies, utilities and breaking news.

Maria Del Russo moved to Business Insider to serve as style and beauty guides editor for Insider Reviews.  Del Russo has contributed to a variety of outlets as a freelance journalist, including Elle, InStyle, Playboy, Cosmopolitan, Real Simple and The Cut, and has also been a senior writer covering sex and relationships for Refinery29, as well as an assistant beauty editor for POPSUGAR.

Also at Business Insider, Yelena Dzhanova joined the news staff as a reporter, covering a wide range of topics, including breaking news, national news, politics, White House, voting rights, women's issues, coronavirus, urban sanitation and sustainability. She was most recently a news associate for CNBC, and worked as a newsgatherer for CNN prior to this.

At Campaign, the digital marketing publication from Haymarket Media Group, Alison Weissbrot started as U.S. editor.  She was previously senior editor for the Access Intelligence digital publication, AdExchanger.  Weissbrot joined AdExchanger in 2016 as a reporter, after a stint in copywriting.

John Larson moved to Beasley Media Group to serve as program director for WRXK-FM and WJPT-FM (Estero, Florida), where he will also host the morning show.  Larson was most recently director of branding for Cox Media Group in Tampa, overseeing WDUV-FM, WWRM-FM and WXGL-FM in his fifteen years with the broadcasting group.

Dawn Alford is now Editor of Food and Travel magazine; Penny Walker has been promoted at The Telegraph; Phi... 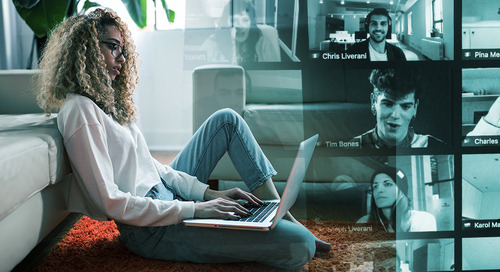 Take your Virtual Events to the Next Level

If you’re sitting on a big event you’d like to take in a new or different direction, let Cision's MultiVu h...