Home » Cision Blog » Passive Voice in Journalism: How to Wield It Responsibly
× Share this Article

The protests that erupted across the country in May sparked a major discussion about racial inequality and justice. But they started another conversation as well – one about the role of journalists in shaping narratives and how that power could be used responsibly and with intention. Discussions opened up across social media, and even at major news outlets, about the ways writers can consciously and unconsciously project bias.

One tactic that comes up again and again is the use of passive voice.

Whether you’re writing a hard-hitting news piece or an opinion column for the web, it’s important to be mindful of the rhetorical strategies you’re utilizing to ensure your writing matches up with your intent. So let’s take a minute to talk about the passive voice and how it can be used – and abused – in writing.

What Is Passive Voice?

In a normal English sentence, the subject comes before the verb:

In a passive sentence, this order is reversed:

Quite often, a passive sentence drops off the main subject altogether:

This obscures the subject of the sentence. The ball is not “doing” anything – it is an object, not a subject. A good rule of thumb for identifying passive voice is to watch for “being” verbs such as “was” or “is”; these verbs often describe a state of being rather than a state of action.

How Can Passive Voice Be Problematic?

Passive voice can be an issue stylistically. It can add extra or unnecessary words to a sentence and obscure meaning. It often comes off as vague, stiff, or formal. It also can hide an individual’s actions.

Not only is the second sentence shorter and clearer, it makes it obvious what happened and who is responsible.

Using rhetorical strategies to obscure actions or avoid naming the subject of a sentence can be used to obscure cause-and-effect or shift responsibility. And, when applied uncritically, it can reflect the underlying biases of a journalist – such as this well-circulated example from the New York Times.

Are There Good Times to Use Passive Voice?

At times, passive voice is a necessary part of your writing toolkit. By default, passive voice lays its focus on the object of a sentence, or the thing being acted upon. In many journalistic endeavors, that means the victim of an alleged crime. In some cases, it may be logical to put the victim at the center of a message, especially if the perpetrator is unknown. Being careful not to disclose sensitive information is a reason that can justify passive sentence constructions.

But any time you catch yourself writing one of these sentences, it pays to pause and consider why you’ve chosen that method of explaining. Is the sentence clearer? Is the information really more truthful or easily understood?

Or might you have a different reason for writing a sentence like, “Sally died in police custody after being restrained”?

The sentence above is common, and it’s even the convention for many. But writing it in that way effectively absolves the police in this scenario from an active role. It’s not clear why Sally died, or whether the restraints caused or led to her death – merely that her death happened “after.” In some cases, this may be the most information that you have. But in many other cases, that’s not true; the conventional sentence construction works to uphold power structures that extend far beyond the rules of grammar.

Be Mindful of Passive Voice in Your Writing.

So the next time you sit down to write an article or blog post, be mindful of the language you use and whom you place in the active and passive roles of your sentences – and what meaning that may be conveying to your readers. 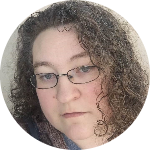 Tiana Gibbs is a Customer Content Specialist with PR Newswire moonlighting as a freelance copywriter. When not writing for the web, she can be found trying (and sometimes failing) to build an urban homestead in the Land of Enchantment.

Our ongoing media analysis of the 2020 U.S. election; this week focuses on key issues in both national and ...