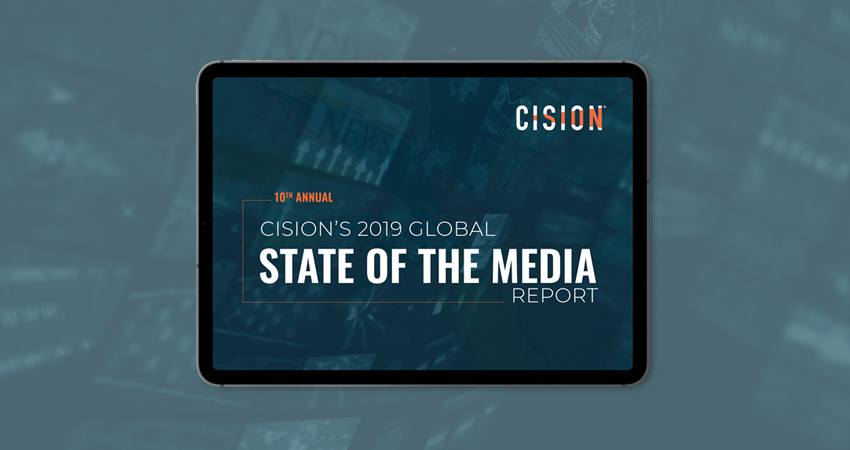 The 2019 Cision State of the Media Report is out, and it's full of insights into the shifting media landscape, the relationship between journalists and PR pros, and so much more— including the state of trust.

And how are these things different- or the same- all around the world?

What the survey found is that despite everything, trust in the media might actually be on the rise. Trust and relevancy are more important than ever; when it comes to the public’s relationship with the media and it when comes to comms professionals’ relationship with journalists and the media.

Another insight? More decisions than ever are being driven by data and social media has a very complicated role to play, especially when it comes to publishing decisions.

You’ll find a full breakdown in the 2019 State of the Media Report, but here are a few interesting takeaways.

The 2019 Edelman Trust Barometer shows that roughly half the public population does not trust the media. So this survey asked the media what their impression of the public’s trust in them was; is it rising, or falling? 63% of journalists believe the public lost trust in the media in 2019. While this seems high, this is actually better than it’s been in years (it was 71% in 2018 and 91% in 2017).

So trust is still low, but seems to be increasing. Why is this? One possible side effect of the constant attacks on journalism around “fake news” is that they may have actually created a more informed public as these issues have gotten more attention.

More importantly, survey results tell us that the media industry as a whole needs to continue to work to regain and build on public trust. That’s a big challenge when news cycles are more tumultuous than ever and technology makes increasing demands on everyone at an increasingly faster pace.

How does this effect journalists? What does it mean for PR pros?

The insatiable news cycle coupled with the rise of opaque social media algorithms has built a publishing model that incentivizes quick turn-around on stories, giving journalists shorter lead time and making their relationship with comms pros more important than ever.

When asked, 27% of journalists said their relationships with PR professionals had gotten more valuable in 2019.

Why? Journalists are facing fewer resources and reduced staff, which is reflected in how they do their jobs:

What does this mean for PR pros? It’s important to be more respectful than ever of journalists’ time by sending targeted, relevant pitches. 44% of respondents said the #1 thing PR professionals could do was to better understand their target audience. Before sending a pitch, research the end consumer of the content and know who you’re pitching and what they find interesting.

While most PR pros already operate this way, the fact that some are not is reflected in the stats: 75% of journalists say less than a quarter of the pitches they receive are relevant or useful.

Keep this in mind next time you’re crafting a pitch. And this: 65% of journalists would rather receive customized press releases segmented by product, industry or theme, rather than one mass-audience release.

It’s no secret that the media industry is facing new challenges at unprecedented speeds, and these impact not only journalists but the PR and communications pros who work with them. With that relationship becoming more valuable than ever to both sides, it’s important for comms and PR pros to recognize how they can make journalists lives easier by building more targeted, impactful pitches that keep the end consumer in mind.

Download the full 2019 Cision State of the Media Report here. 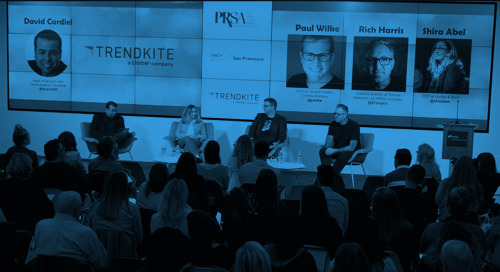 Getting Creative with 100 of our Closest PR, Comms & Marketing Friends in SF

The best takeaways from our Getting Creative with Pitching event in San Francisco, co-hosted with the SF ch... 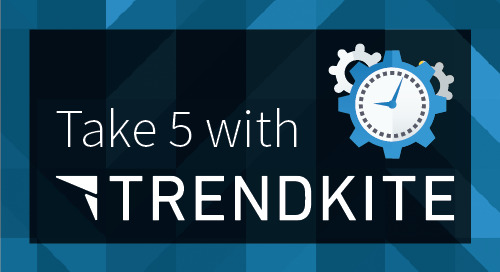 The latest in our Take 5 series, talking all things PR and digital strategy with Founder and CEO of T3, Gay...