Baylis Media
George Roberts has been promoted to Chief Reporter for the Maidenhead Advertiser and Slough & Windsor Express, where he previously worked as a Reporter. George  can be found tweeting at twitter.com/georger_bm

COSMOPOLITAN
Ingeborg van Lotringen has left her post as Beauty Director of Cosmopolitan; she remains in place as a beauty columnist for the Daily Mail Inspire. Contact her for beauty and health features, consultancy and copywriting, and with any beauty news and press releases. On Instagram and Twitter, she is @TheOGBeautyBoss.

Victoria Jowett, formerly Digital Beauty Director, will now oversee beauty across the Cosmopolitan brand, including print, digital, video and social. She can be found as @victoriajowett on Twitter and Instagram.

Zoe Shenton is now Entertainment Editor at Cosmopolitan. Zoe, who was previously Showbiz Editor at Mirror Online US, will work primarily on digital, covering all things celebrity, TV, film, music and events. Follow her on Twitter @ZoeShenton and Instagram @zoe_shenton. All post and deliveries can be sent to Cosmopolitan, House of Hearst, 30 Panton Street, London SW1Y 4AJ

Food
Nicky Rampley-Clarke has been appointed Editor of the Co-op's Food magazine. He was previously Editor at M&S Food, Dulux UK and AkzoNobel. Nicky can be found on Instagram at www.instagram.com/fri_child

HFM Week
Nye Longman has been promoted to Senior Reporter at HFM Week, where he has been a Reporter since 2017. Nye covers politics, operations, regulation and compliance within the hedge fund sector. He can be found tweeting at twitter.com/mrnlon

Homes & Gardens / Livingetc
Patrick Hamilton Courtney is now Travel & News Editor across Homes & Gardens and Livingetc, where he was previously a Features & Travel Writer. He covers all travel and lifestyle content across both brands, as well as contributing travel pages to Country Homes & Interiors and 25 Beautiful Homes. He has edited Livingetc and Homes & Gardens January travel specials, and is keen to hear from PRs about hotel and travel news and openings, restaurants, gallery openings and exhibitions, and other lifestyle and cultural content. Patrick is on Instagram at www.instagram.com/patrickhcourtney

JPI Media
Phil Bramley has been appointed Head of Audience for North Midlands & South Yorkshire at JPI Media, where he was previously Group Editor. Phil can be found tweeting at twitter.com/phil_bramley

Natural Health (UK)
Liz Frost has just moved over to Natural Health magazine as Deputy Editor. Liz has a background of almost 15 years as a freelance magazine journalist and comes from the position of Deputy Editor on Soul & Spirit magazine, also at Aceville Publications. Liz is looking for great feature ideas, trends with a holistic health angle, relevant experts for interview and holistic health and beauty product ideas for features.

PoliticsHome
Eleanor Langford has been appointed as a Reporter at PoliticsHome, where she'll be covering Westminster news. She also has a personal interest in social affairs, environment and communities. Eleanor previously freelanced with The Sun and The Sunday Times and can be found tweeting at twitter.com/eleanormia

STYLIST
Meriam Ahari has joined Stylist as their new Fitness Editor. Prior to this, she was Fashion & Beauty Director at MissMalini Entertainment in India. She was also contributing beauty writer at Harper’s Bazaar India and L’Officiel India. She has held positions at Cosmopolitan Philippines as well as New York-based publications W, Self and Glamour. Meriam will be covering all fitness-related content for Stylist across social media, email, online and events. She can be found on Instagram at @MeriamAhari

Freelance Update - Helen Croydon
Author, Journalist and Media Consultant, Helen Croydon has started a podcast about how the media works. The Media Insider is aimed at freelance journalists, PRs and anyone who wants to get their expertise in the press. Each episode features a commissioning editor, producer or journalist who can talk specifically about what they commission and how. It also includes their pitching niggles and what makes a story and why. Currently released on the first Monday of each month. Helen is interested in hearing from editors, producers or journalists who’d like to be a guest. The podcast can be found here.

Freelance Update - Rosie Hopegood
Former Deputy Features Editor Rosie Hopegood has left her role at Reach plc, where she spent five years on the magazines team. She is now taking on freelance lifestyle commissions (health & wellness, food, travel, books) and is available to write celebrity profiles and real life stories, as well as for in-house shifts. Rosie can be reached via her website rosiehopegood.com. Her twitter is @Rosie Hopegood

Freelance Update - Sairey Stemp
Sairey Stemp, previously Senior Fashion Editor at Cosmopolitan, is now a Freelance Fashion Stylist. She is on Linkedin and her Instagram is www.instagram.com/saireysmile.

Freelance Update - Charlotte Vowden
Charlotte Vowden has left her role at The Sunday Times to go freelance. She welcomes pitches themed around classic cars, adventure travel, women in the automotive industry, family relationships and loss. In Spring 2020 she will be driving her late grandfather's 60-year-old car from Bangkok, across South East Asia to Everest Base Camp (Tibetan side), and beyond, with her father as co-driver. Charlotte's Instagram is www.instagram.com/charlottevowden

Freelance Update - Emma Wells
Emma Wells has now left The Sunday Times after 11 years as a writer on Home. She is now writing freelance about UK and overseas property, interiors, extraordinary one-off renovations and fabulous for sales, as well as celebrity at-homes, for a range of national and international press and property websites. You can see her work at thetimes.co.uk and on Twitter at twitter.com/thatemmawells

Il Sole 24 Ore
The Italian newspaper Il Sole 24 Ore has launched the politics and economics section 24+ on their website. Available via subscription, this new section aims at explain news and current affairs through the economy, to understand the political, economic and financial forces that shape the world. Il Sole 24 Ore’s Web Editor Marco Alfieri is responsible for 24+, which can be found at 24plus.ilsole24ore.com

Spainmedia
Izaskun Pérez Luís is now Web Editor of Spainmedia, the Spanish publisher of the magazines Tapas, Forbes, Man on the Moon, L’Officiel España and T Spain: The New York Times Style Magazine. She was previously Head of Digital Distribution for Podium Podcast Grupo Prisa. Izaskun can be found tweeting at twitter.com/nuksazi

AAP Newswire
Andrew Drummond has been promoted to Editor at AAP Newswire. He succeeds Mike Osborne, who has retired after 35 years. Andrew was previously Bureau Chief of AAP's Melbourne newsroom and has also worked as a Reporter in Hobart and Canberra, and was a London-based Europe Correspondent. He can be found on Twitter at twitter.com/a_drumm

The Canberra Times
Adrian Rollins has been appointed a Public Service and Politics Reporter at The Canberra Times. Prior to this, Adrian was Economics Correspondent at The Australian Financial Review, Editor at Australian Medicine, and Federal and State Politics Reporter at The Age. He is a journalist and communications professional specialising in business, economics, finance and the Australian Public Service. He has almost 30 years of experience in newspapers, magazines and online publishing, and two years as Communications Manager for an Australian Government-funded law and justice development program in Papua New Guinea.

Deciding who was the best of the best in each category was often difficult, but a series of worthy winners slowly emerged – with one very deserving overall winner with a series of articles and a Scoop, which the judges said was “journalism at its best.” The full results can be viewed here. The Awards Bulletin, full results and judges' comments in each category can be viewed here.

The IBP Communication and PR Awards 2019 were presented in conjunction with the Journalism Awards as part of the 'Build on 50' programme, to mark the 50th Anniversary of International Building Press.The Communication and PR Awards judging panels are chaired by leading built environment magazine editors who judge all the entries with PR Practitioners, the Winners therefore represent the best work in the sector for 2019. The results can be seen here

We are now on Twitter! Follow @UKMedia_Moves to get the latest media updates and find out when the news goes online 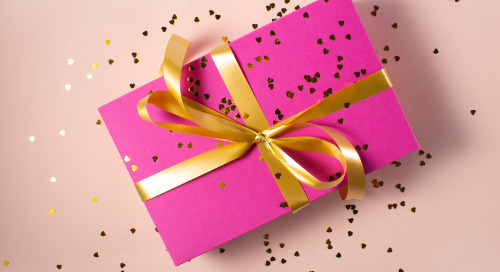 We have a few gift ideas to make life and work easier for content creators. 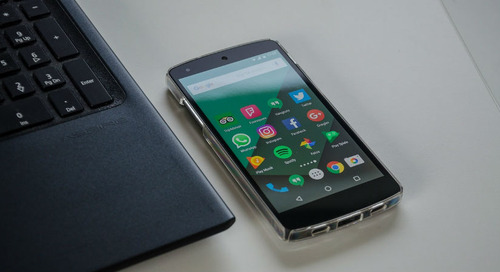