Home » Cision Blog » UK Media Moves including The Bureau of Investigative Journalism, Newsweek, The Telegraph and more!
× Share this Article

Archant
Emily Townsend is now a Correspondent in Archant’s investigations unit. She was previously Chief Reporter at the East Anglian Daily Times and Ipswich Star. Emily can be found tweeting at twitter.com/emilyltownsend

Rosa Furneaux is Global Health Investigative Reporter for The Bureau. She can be found tweeting at twitter.com/rosafurneaux

Daily Express
Josh Saunders has joined the Daily Express on a freelance basis as a Reporter on their special projects team. Josh can be found tweeting at twitter.com/saundersjoshua

HELLO!
Alice Manning has been appointed Acting Beauty Director for HELLO! and HELLO! Fashion. Alice was previously Senior Beauty Editor at Hearst UK. She can be found on Instagram at instagram.com/alicemanning12

Moneywise
Sam Barker has been appointed Deputy Editor at Moneywise. Sam was previously a Personal Finance Reporter at The Daily Telegraph. He can be found tweeting at twitter.com/journobarker

Mslexia
Ellie Slee has been appointed Production Editor at Mslexia magazine. Ellie, who is also a Freelance Writer, is based in Newcastle. She can be found tweeting at twitter.com/sleeful

Newsweek
Alex Hudson is now Editor of the international edition of Newsweek, working with Global Editor Nancy Cooper. Alex comes from Metro.co.uk where he was Deputy Editor. He can be found tweeting at twitter.com/alexhuds

Nub News
Nub News is launching an edition for Macclesfield and James Kelly has been appointed Editor of the local news website. James, now Regional Editor for Cheshire, can be found tweeting at twitter.com/james_kelly

OPUMO
Charlie Thomas has joined OPUMO as Editor. Charlie was previously Senior Editor at FashionBeans. He is interested in hearing about all aspects of design, from men’s fashion and watches to architecture, interior and automotive. He can be found on Instagram at instagram.com/charlieacthomas

PinkNews
Reiss Smith has been appointed News Editor at PinkNews. Reiss previously worked with the team as a Freelance Reporter. He can be found tweeting at twitter.com/reisss

The Telegraph
Catherine Neilan has joined The Telegraph as Politics Live Blog Editor, coming from City A.M. where she was Political Editor. Catherine  can be found tweeting at twitter.com/CatNeilan

Tom's Guide
Roland Moore-Colyer has been appointed UK Editor for Tom's Guide, covering consumer technology. Roland, who was previously a Freelance Journalist, can be found tweeting at twitter.com/RolandM_C

Freelance Update - Angela Hui
Angela Hui is now working freelance on the HuffPost's life desk. Examples of Angela's food and lifestyle work can be viewed at angelahui.co.uk. She tweets at twitter.com/Angela_Hui

Freelance Update - Matilda Bourne
Matilda Bourne is currently available for freelance food photography and content creation for brands and publications. She is able to shoot from her home and has worked with brands like Shaken Udder, Cuisinart and Your Home magazine. Her portfolio can be found at matildabourne.co.uk.

CNN Money Switzerland
Patrizia Laeri has been appointed Editor-in-Chief of CNNMoney Switzerland, effective 1 July. She succeeds Andreas Schaffner, who has been promoted to Chief Operating Officer with immediate effect.

Hannah Wise is appointed Deputy Editor. Hannah has worked for the BBC and France 24 before moving to Switzerland in 2014 as launch anchor for CNNMoney Switzerland.

Money Magazine Australia
Julia Newbould is now Editor-at-Large at Money Magazine Australia. Julia is a Financial Writer and Commentator, and a former Managing Editor of Morningstar and InvestorInfo. She co-authored The Joy of Money, a personal finance book for women. Julia was most recently a Business Engagement Director.

Anthony Howard Award 2020
The Anthony Howard Award for Young Journalists 2020 has been suspended due to the coronavirus pandemic. The award, which offers the winner two six-month fellowships with the political teams of the New Statesman and The Times, should reopen for entries in February 2021. More information is available here

The awards are in recognition of work published during 2019 and are organised by the Society of Editors (SoE). Ian Murray, executive director at the SoE and chair of the judges, said “While the battle to defeat the Covid-19 virus and support the UK public at this time eclipses all other considerations, I do feel it is important to ensure the hard work and professionalism shown by the national press during 2019 does not go unrecorded."

Women in Journalism Georgina Henry Award for innovation
The Georgina Henry Award, which celebrates innovation in digital journalism, has been awarded to Megan Lucero of the Bureau Local who is using sophisticated digital data gathering techniques to enhance grassroots local reporting. Her data-driven public interest reporting contributes stories to newsrooms across the UK. Lucero has built a unique community of reporters, data experts, open data champions and more who are passionate about local journalism and the role it plays in holding power to account.

Highly commended is Dr Frances Ryan for her work that has been instrumental in redefining disability reporting in Britain. She seeks to expose injustice and elevate the personal and unique voices of those so often marginalised.

The Journalists' Charity Special Award
Bryony Gordon, of the Daily Telegraph, has been honoured with the Journalists’ Charity Special award. Over the last decade, Bryony has worked tirelessly to champion a new culture of openness after revealing her own personal journey with depression and addiction. Through her columns, podcasts, books and voluntary work, Bryony has helped to raise awareness, challenge stereotypes and show that mental illness knows no boundaries.

On receiving the honour Bryony said: “Wow! I am completely honoured to receive this award, especially as I sit in my bedroom trying to put together a new mental health podcast to try and help people during this uncertain time. Thank you so much – I am, for once, almost completely speechless.”

James Brindle, CEO of the Journalists’ Charity, explained why Bryony is so deserving of the special honour: “Throughout our history the charity has helped journalists facing hardship and a wide range of personal difficulties. We now support more individuals than ever who are really struggling with their mental health which we know does not discriminate, whatever your age or background. Bryony is a tireless campaigner in this area and we are delighted to recognise her outstanding efforts.”

Cheryl Douglas, Global Director of Media Research at Cision, said: “As sponsor of the Journalists’ Charity award, I am delighted to congratulate Bryony Gordon on this year’s award.  As someone who has suffered from depression but also lost close friends to this illness, this resonates personally.

CIJ Summer Conference
The Centre for Investigative Journalism Summer Conference has been cancelled. Originally due to take place 25-27 June, the next conference will now be in 2021. A scaled-down, online version of the 2020 conference is being planned, updates will be posted at tcij.org/summer-conference 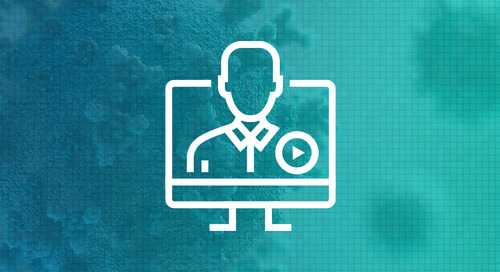 The Cision Insights Team breaks down COVID-19 media trends and more in week three of our webinar series Bes...